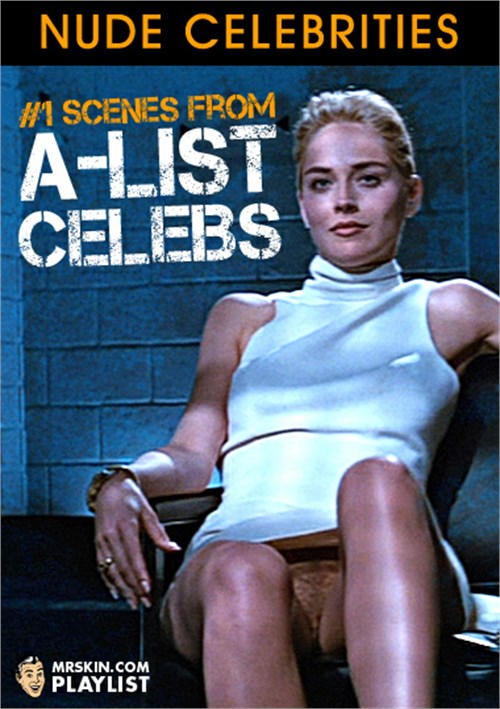 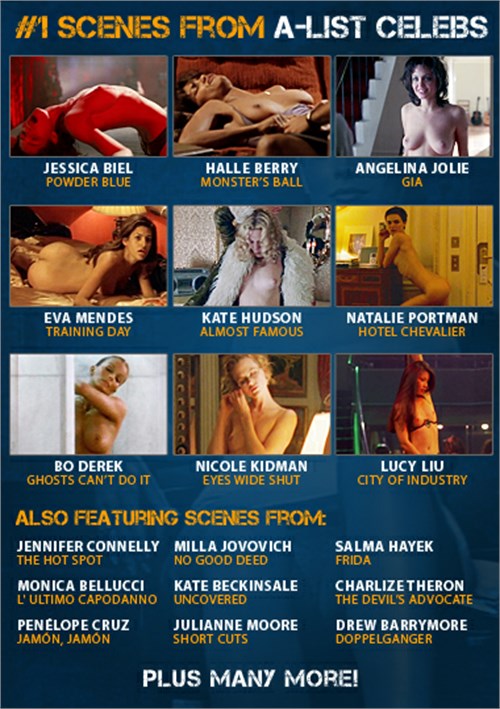 #1 Scenes from A-List Celebs
They're at the top of the Hollywood heap, in no small part because they've got the hottest bodies on planet Earth. But these A-List actresses aren't above showing skin- didn't you know that baring a little boob is how you become a "serious actress"? So feast your eyes on the rich and famous fur burger on our #1 Scenes from A-List Celebs playlist and see who made Mr. Skin's T&A list. Kicking things off is the first, best and only career nude scene from Jessica Biel, performing an achingly hot and astoundingly kinky striptease on stage in Powder Blue (2009). Then Halle Berry bares it all in the fuck that won her an Academy Award, her frenzied sex scene with Billy Bob Thornton in Monster's Ball (2001). Next Angelina Jolie shows why she was the premiere wild child of the '90s in a nude photo shoot from the movie Gia (1998) that shows off her peerless peaks and seat meat. The lesbian kiss with Elizabeth Mitchell is just the icing on the cake. Then we get some quick full-frontal from Eva Mendes in Training Day (2001), Sunkissed suck sacks from Jennifer Connelly sunbathing nude in The Hot Spot (1990), Monica Bellucci's outstanding breasts, furry Euro muff, and awesome ass parading around her apartment nude in L' Ultimo capodanno (1998), and Kate Beckinsale uncovering her peaks for some wine and topless art appreciation in Uncovered (1994). Then we have the famous scene where Penelope Cruz presents her pontoons for a dude to suck on in Jamon, jamon (1992), Kate Hudson baring groupie glands dancing topless in an open coat in Almost Famous (2000), former supermodel Milla Jovovich quickly revealing her jovo-tits and furry bush in No Good Deed (2002), and Nicole Kidman baring her perfectly milky can and bite-site chest cupcakes making out with then-hubby Tom Cruise in front of a mirror in Eyes Wide Shut (1999). After that, Lucy Liu is S&M-tastic performing a sensual topless pole dance clad in fetish gear in City of Industry (1997), Julianne Moore defines "firecrotch" baring fire-red pubes in a rare bush-only scene from Short Cuts (1993), Salma Hayek gets grabby in bed with another babe in a T&A-filled lesbian scene from Frida (2002), Jason Schwartzman pulls down Natalie Portman's pants to plant a kiss on her rear Port-hole in Hotel Chevalier (2007), Charize Theron throws off her blanket to show full frontal before the eyes of God (and men) in a church in The Devil's Advocate (1997), Drew Barrymore reveals those famous (pre-reduction) Barrymore jams taking a shower that turns to blood in the horror flick Doppelganger: The Evil Within (1993), Susan Sarandon takes off her petticoat and shows off her full funbags as Keith Carradine snaps pics of her perfect rack in Pretty Baby (1978), Gwyneth Paltrow unbinds her boobs to reveal both Romeo and Juliet in bed with the Bard in Shakespeare in Love (1998), Laura Linney unrolls the red carpet posing nude, showing rug, rack, and rump, as an artists' model in Maze (2000), Katie Holmes gives us a fantastic look at her Dawson;s Peaks in her best-ever career nude scene from The Gift (2000), Jamie Lee Curtis shows us her mammaries in the bath and getting a punning form her hubby in Love Letters (1983), Kim Basinger bares loads of skin, including some seriously erect nips, as Alec Baldwin SKINjoys a Basinger box lunch in The Getaway (1994), Annette Bening exposes her Bening boobs, butt, and even some shadowy bush as she attempts to pay her rent with honey in The Grifters (1990), Kim Cattrall showing after-sex tithes in bed with Rob Lowe in Masquerade (1988), Courteney Cox baring her breast Friends in a shadowy sex scene from Blue Desert (1991), incredible seaside skin from Bo Derek in Ghosts Can't Do It (1989)- Bo may seem crazy talking to herself on a gorgeous tropical beach, but with all the bobs, butt, and full-frontal bush on display, you won't really care, Bridget Fonda exposing her La Femme Ni-teat-as in a sensual sex scene from Aria (1987), and Goldie Hawn puts a rod in our pants flashing side boob and seat meat getting out of bed in There's a Girl in My Soup (1970). Speaking of flashing,Krevel in the mother of all fur burger flashes, Sharon Stone's snatch in Basic Instinct (1992), followed by one of the absolute hottest lesbian scenes in skinema history, Naomi watts and Laura Harring's breast-baring, jean-shorts clad couch make out in Mulholland Drive (2001), Rachel Weisz baring her remarkable bush being roughed up by her guy in I Want You (1998), and finally the fully frontal, totally outrageous scene where Kate Winslet nakedly pees on the desert ground in Holy Smoke! (1999).