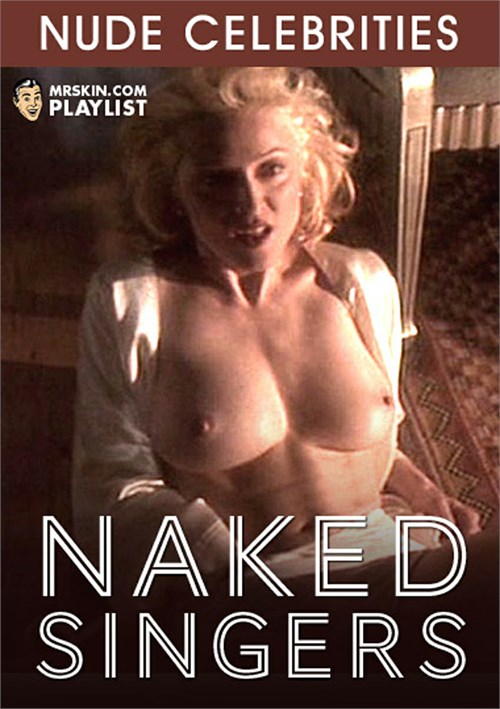 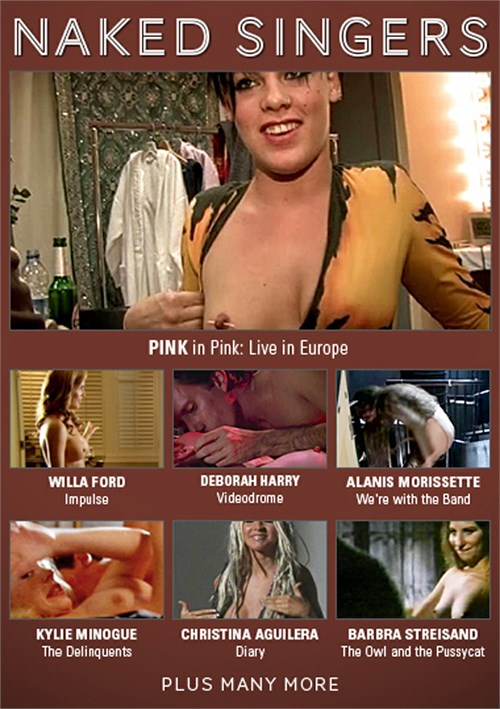 Naked Singers
There's something alluring about a woman who can make magic happen just by opening her mouth--and the way they grip a microphone doesn't hurt either. So grab your instrument and get ready to play backup to the sexy songbirds on Mr. Skin's Naked Singers playlist: Kicking things off is ultimate sex symbol Madonna, who exposes her pretty pair while petting her pussy in a scene from the thriller Body of Evidence (1993). Next, hot Aussie Kylie Minogue bares her twin talents in bed with a guy in The Delinquents (1989), punk princess Pink gets her nipple pierced backstage in a clip from Pink: Live in Europe (2004), gorgeous Blondie front woman Debbie Harry practices some edge play with James Woods in a kinky scene from Videodrome (1983), Samantha Fox shows off all-natural T&A over some canned Casio beats in Samantha Fox: Calendar Girl (1997), nice Jewish girl Barbara Steistand bares her knishes in a rare nude scene from The Owl and the Pussycat (1970), and alt-rock queen Alanis Morissette shows, umm, poise and grace peeing into a cup backstage in Alanis Morissette: We're With the Band (2004). Next drrrrrrrrty girl Christina Aguilera shows off her hot mid-2000's bod posing nude in Diary (2000-2004), Willa Ford Mam-onstrates the twin talents on her chest as her plump middle-aged lover undresses in Impulse (2008), Foxy Brown struts so hard on stage her tit falls out of her top in Jay-Z: Fade to Black (2004), and the exquisitely poised Marianne Faithfull gives us sticky fingers by baring full frontal and fanny before slipping into a leather catsuit in Girl on a Motorcycle (1968). After that, even Diana Ross can't resist giving Lil' Kim's exposed orb a jiggle as captured in VH1's 100 greatest Red Carpet Moments, Avril Lavigne pulls down her skater pants to shows her crack to an assembled crowd on the Much Music Video Awards, Apollonia exposes her royal jewels skinny-dipping in a clip from Purple Rain (1984), and her fellow Prince protege Vanity takes it all- and we do mean all- off for a full-frontal exposure during the opening credits of Tanya's Island (1980). Finally, Jewel whips out her folkie fun bag to feed a hungry baby in Ride With the Devil (1999), statuesque stunner Grace Jones bares every inch canoodling with bed with a dude in Deadly Vengeance (1981), Courtney Love shows off everything but her Hole posing in panties in The People Vs. Larry Flynt (1996), Bif Naked lives up to her moniker skinny dipping in Lunch with Charles (2001), Michelle Phillips exposes her Mamas and her Papa in a nice long scene from Valentino (1977), Diana Ross's Pointer Sisters get a brief bit of screen time as she changes clothes in Mahogany (1975), redhead Vitamin C gives us a taste of her Vitamin Bs in Dracula 2000 (2000), and finally Wendy O. Williams is tough as nails showing off her ta-tas in the WIP flick Reform School Girls (1986). Talk about leaving on a high note!