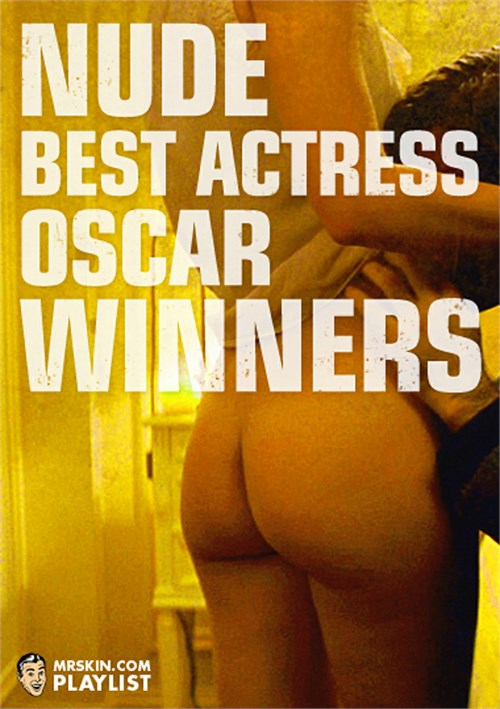 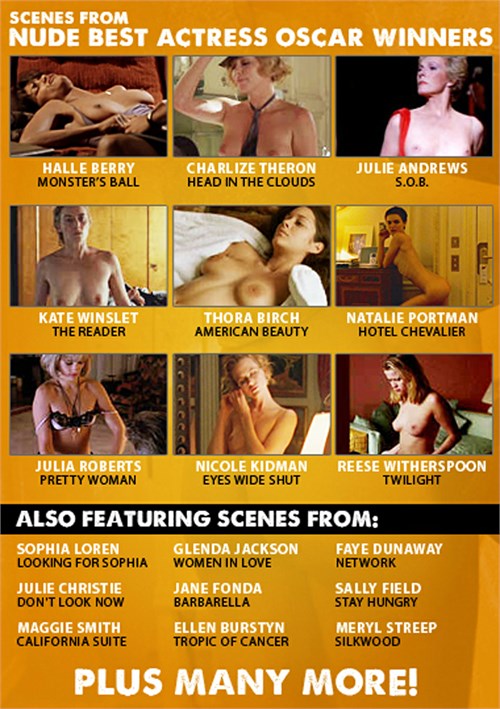 Nude Best Actress Oscar Winners
Some Oscar winners really know how to show off their trophies! Enjoy some golden globes with Mr. Skin's Nude Best Actress Oscar Winners. Halle Berry exposes her chest berries, front fur, and bodacious booty during an all out sex fest in Monster's Ball, Charlize Theron bares her magnificent moist mounds in a bathtub scene for Head in the Clouds, Susan Hayward's nipple becomes a star when it slips out of her dress during a dance scene in With a Song in My Heart, Sophia Loren unveils some ultra-rare hooters wearing a see-through costume in Looking for Sophia, Julie Andrews shows her hills are alive by ripping off her top to show her lung buttons in S.O.B., Julie Christie provides plenty of shots of her perky pair, pelt, and posterior during a marathon hump session in Don't Look Now, Maggie Smith flashes brief left funbags while getting undressed in California Suite, Glenda Jackson delivers her delicious domes when she pulls off her nightgown in Women in Love, Jane Fonda floats out her impressive set in zero gravity in Barbarella, Ellen Burstyn bursts out her bazongas and box while leaping out of bed in Tropic of Cancer, Faye Dunaway shows ravishing rackage as she hurriedly strips off her clothes to get laid in Network, Diane Keaton gives a dark look at her dainty dingleboppers while getting her carpet munched in Looking for Mr. Goodbar, Sally Field shows off her tan lined tush and a hint of side boob while wandering around nude in Stay Hungry, Sissy Spacek bares boobs, buns, and bush while slowly sudsing herself in the shower in Carrie, Meryl Streep flashes her mammage while getting out of bed in Silkwood, Shirley MacLaine gets her shirt pulled of and her heavy hooters fondled in Desperate Characters, Marlee Matlin takes out her pearly pair in bed for In Her Defense, Jodie Foster flashes a fuzzy look at her mini-mams through the shower door then reveals them fully while reaching for a towel in Backtrack, Jessica Tandy heralds her hind-out as she takes a skinny dip in the ocean with Bridget Fonda in Camilla, Kathy Bates reveals her rubenesque rack and back stack while hot-tubing nude in About Schmidt, Tons of T&A from Emma Thompson as she gets screwed on every possible surface in The Tall Guy, Holly Hunter bends over to show rare rear backburger and petite peaks in The Piano, Jessica Lange shows off every luscious inch as a soused starlet in Frances, Susan Sarandon opens her top for a photo shoot and pinches her pink-tipped peepers in Pretty Baby, Frances McDormand lifts her shirt to flashes her perky peaches to some dudes in Laurel Canyon, Helen Hunt dances out her danglers and a glimpse of seat meat in The Waterdance, Gwyneth Paltrow's delicate dumplings make an award winning appearance in Shakespeare in Love, Hilary Swank gets her pants pulled off to reveal a bush that is all woman in Boys Don't Cry, Julia Roberts doffs her top for a quick flash of flesh playing a prostitute in Pretty Woman, Nicole Kidman shows off adorable ass and perfect rack while getting fondled in front of a mirror in Eyes Wide Shut, Reese Witherspoon bares her pert pieces while lounging in bed in Twilight, Helen Mirren shows some serious hootage and amazing upper butt posing as an artist's model in Age of Consent, Marion Cotillard indulges in a long scene showing her succulent suckers and hairy happy valley while getting banged in Pretty Things, Kate Winslet reveals her voluptuous all natural form while getting polished on a kitchen table in The Reader, and finally Natalie Portman bares her rare rear port while getting undressed in Hotel Chevalier.