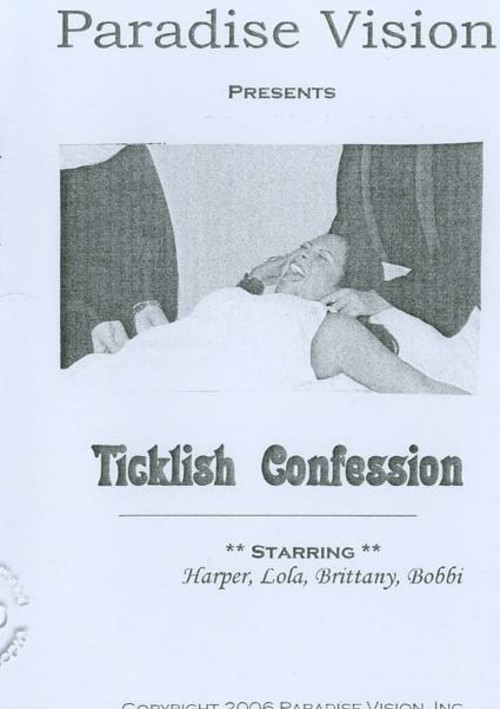 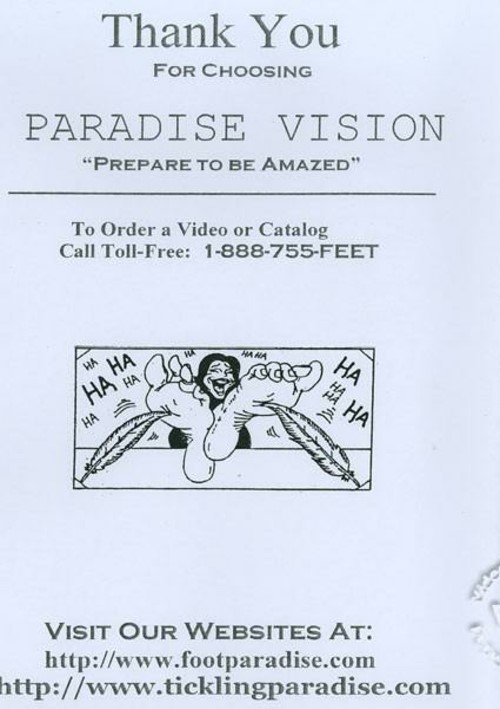 Ticklish Confession
This hour long movie will take you right into the confessional with Father Mac as he hears the sins and doles out the consequences. He has a special technique for cleansing a sinner, and of course he tells the confessors that their sins will be washed completely away if they subject themselves to treatment. And they can't wait to do it. You will see 3 ticklish recipients, Harper, Lola, and Brittany as they confess their sins, and then watch them all in ceremonial white gowns, spread eagle, on a white table in a white room and tickle teased by Father Mac and Sister Bobbi to wash their sins away and make them pure! First hear Harper as she confesses her sin to the Father. Sister Bobbi assists here and is a little reluctant to get involved in the tickling, but Father Mac makes her participate. They each take a foot and tickle tease the poor girl into a laughing mess! This is a mega tickle tease for Harper and she laughs so hard and loud that she can barely breathe! She feels that she has repented, but they just keep on with the ceremony as the Father tickles her upper body and sends the Sister to tickle her feet at the same time! This scene is so intense, even YOU will want to step in and rescue this girl! Next, our mature model, Lola, confesses that she has been going to bed with a married man....and it's not the first time! Of course, when the father tells her he can erase her sin like it never happened, she can't wait to begin! This time Sister Bobbi is more into the ritual and softly strokes one foot while the Father's fast and furious fingers are tickling the other foot! Lola begs the Sister to have mercy and stop the tease. She pleads, "I'm sorry, I'm sorry" but there is no let up and Lola is tickled to exhaustion!! Next, is Brittany, who lost her virginity and is ready to have it put back....as Father Mac has promised with his 'special' technique. Little does she know that once she is in the ceremonial white gown, spread eagle on the table and at this mercy, that she will be tickled teased beyond the point of no return. She tries to escape the bondage, as she can't hold still, but she is at the mercy of the Father and Sister Bobbi....who, by the way, is now getting more into the whole tickling experience!!. When she begs them to stop tickling her feet....they honor her wish and then move up to her upper body and give her more there. When Brittany says "Father , please, I cannot take anymore"....he says "Oh yes, you can take much more"....and you'll see just how much more he gives her! Later....Harper, Brittany, and Lola are talking and comparing notes. Lola and Harper want to get even with the Sister....but Brittany is afraid of being punished more....so she has nothing to do with it. So, Harper tells Sister Bobbi that she lost something in the room, and when she and Lola are in there, they take the Sister and strap her to the table to give her a dose of her own medicine! They have fun while they tease and tickle tease Sister Bobbi....especially with the electric toothbrush on her bare size 10 feet!! Watch as the stone faced nun is turned into a begging, pleading mess....that is in-between her wild laughter!!! A well deserved and spectacular revenge scene on top three incredibly real and incredibly wild tickle tease sessions!! The devil made them do it!!